Another take on story writing for Mondays Finish the Story.
This is a unique flash fiction challenge where we’re provided a photo and the first sentence of a story. We have to finish the story using 100-150 words, not including the sentence provided 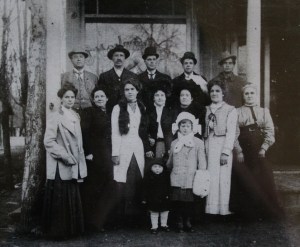 The family had no idea that little Luigi would grow up to be a fashion-model. Most members of Bosco family, despite their lovely complexion and fine features, were lacking in body height. Luigi, who took after his Mama, was the most diminutive kid in his big family.

In school, everyone teased Luigi and called him ‘basso’. He didn’t mind but his Mama was hurt to see her baby side-lined in all major school functions. She fed him all sorts of foods but to no effect.

No wonder, the family was shocked when one day Luigi disclosed that a big company had selected him be their fashion-model. Jubilation and merry-making followed.

Actually, this company had manufactured a nutritious protein-shake.  A short handsome model was needed who, with camera trick, would be televised to have become taller after regularly consuming this shake.

Luigi had proven that every person has value for this world. He basked in his glory, while his cousins felt jealous of him.

‘basso’ is Italian for short, and ‘alto’ means tall

Yes, it’s a faulty world where looks are promoted, and people are obsessed with enhancing their appearance, but Luigi had to prove himself within this faulty world.

I found this link: Myths about becoming a fashion-model

12 thoughts on “Luigi – The Alto Achiever”