Such perfect presumptions
About our advancement
We have, while we continue to
Annihilate our imperfect race
Hatred consummate
(Un)predictable fate

Just as young Laila switched channels on the television, she paused to focus on one and looked intently at what they were showing.

Suddenly she shrieked, “Maa! Look!!  Isn’t that brother?  Look! They are showing his pictures.”

Maa thought Laila was, as usual, merely day-dreaming. And so she didn’t come out.

Laila said it louder this time, and Maa stepped out of her kitchen to cast a casual glance at what her ten-year-old insisted on showing.

True indeed! There he was. Her son.

Various pictures of him were being shown on a TV show. His boyhood picture, and also one as a young man in a group hug. But she wasn’t very sure which one was him although she could tell.

Maa was shocked as well as too confused. “I have not seen your brother since long. Is that him?”

Now Maa was not even listening to the voice on TV, for at this moment it all felt like a dream. “You are right Laila! Of course it is him.”

His boyhood pictures – that is how Maa had ascertained it was indeed her son. And that’s the only way Laila had recognized her brother the moment she saw him on TV.

Laila had not seen her brother in real life. Not exactly, as she was almost a baby when he left home without telling anyone. But she had grown up seeing various pictures that she often saw in her Maa’s hands. His pictures that Maa carefully kept locked in her wardrobe – a young boy flying a kite, a simple student engrossed in his books, a devout praying to the Almighty, and many more.

Admiring these pictures, so many times Laila had secretly wished she could see her brother even if once, and play with him. She had heard stories that her brother was a bright and sharp-minded student so she aspired to be like him.

And now…intently watching her son on TV,  the dazed Maa said “Laila, that’s what he looked like when he left home. Only twelve. Still baby faced. But what is he doing there?”

Laila was not listening anymore, and not even watching TV. Soon she sneaked out and got busy playing with her friends.

Maa changed the channel but her son was on this one too.

“Hang on! What’s that?” she murmured to herself as she looked closely, for this channel showed more of his pictures. She had never seen her young boy carry a huge real gun in his hand. She suddenly remembered he was very fond of toy guns. Always.

With her hand on her open mouth, she sighed “He had a fighter in him. But God! What has he been up to?”

This time Maa paid attention to what they were saying. The female newsreader referred to him as ‘Mastermind’. He had fought with the whole world. He had taken lives. He was the vile schemer who planned it all, she heard that voice say.  But how can she believe that her innocent boy can do all that?

Maa was sobbing incessantly. Her eyes glued to the TV, tears blurred her vision and she couldn’t see clearly what they showed. She began to remember his childhood even more.

As a boy he was a rebel. As a seven year old he had fought with the whole community that he won’t allow a goat to be killed in the name of sacrifice.  When did he become a butcher? She wondered. At what age did he first kill a human being?  14? 17? Or later? She’ll never know, thought Maa.  He also wanted to do big things; wanted to be famous. So this was the big thing he did now? He has become popular all over the world. Maa cried as she thought of all this. Now the whole day, media will broadcast his name, relay news about her 24 year old boy behind some major killings. Did she give birth to this dreaded man?

The more she thought of him, the more she couldn’t contain herself. Again and again Maa banged her head against the wall, beating her abdomen that gave birth to this child, slapping her breasts that nurtured him.

Saying this, Maa broke down. But just as she saw Laila coming inside, she wiped her tears and switched off the television. She also decided to not let Laila see any TV for a few days. She didn’t want Laila to hate her sibling – her only brother.

Laila came in and asked innocently, “Maa! Is brother coming back?”

Maa felt like saying, “No Laila, the path he chose to walk, is only one-way. There’s no return from there.” But instead, pulling her daughter close to her by waist, she said, “I do not know, dear. Hope he does!”.

At least for now this seemed to be the right answer.  Maybe sooner or later, the older Laila will find out, but by then she’ll prepare her daughter to handle the truth.

Soon Laila went to her room feeling happy. Outside the house, exhausted sun was on the last leg of its daily journey. Maa switched off the light and sat in the dark, brooding and weaving all sorts of thoughts.

At that moment somebody knocked.  Maa hesitated, and then opened the door. It was police, who came to inform the obvious.

All these years she had waited for the officials to bring some news about her only son’s whereabouts. But they had no clue. Sometime back cops had come asking for him but she had no idea. Now the police as well as Maa knew it all, but the game was over.

The police went away as it came.  Maa was aware it was their last visit. Police will not come back anymore. And neither will her son.

So, M.K. Gandhi seems quite confident…that in the end truth and love always win. But how to know what is true if most people staunchly believe that only their way of working is right and they claim only their belief system to be the ultimate truth and none other?

Such unilateral opinions are the cause of all the hatred in this world, and now the cause of terror in France…a blood bath that has happened so many times all over the world that we are now either perpetually scared or kind of immune to it. When things go this bad we are shaken but we get over it sooner than we ever thought we will.

What’s the solution? Maybe one day God or Goddess (yes, that’s possible) will descend down from skies or come out from the inner earth (yes, that too isn’t impossible) and set things right. Till then, we can try taking concrete steps to remove the root cause of evils.

To begin with, put a total ban on all religions. Seriously speaking, these religions were formed as per the needs of particular era and also as per the local designs of a certain land or nation-state. In their current retrograde and political form, they do not suit us in this global world when we all have decided to migrate here and there, and we all live together.

So let all world leaders get together and dispose of all the religious books. Then make a fresh start. Write a new book called Humanity Survives. This will have commonly agreeable codes of conduct. Till this is done, our cute and immature world children will continue to harp ‘My book better!’…’My book right!’ ‘My God the true God!’ ‘My God name the besssst!!’.

My last passage is blasphemy and will anger many. Blasphemy it is. So let there be religions. But then…don’t ever say we need a solution to all this chaos! There is none.

Just pray! Pray to God till your voice goes hoarse…and the wise old bearded man up there, sitting in his big throne chair, looks at you lovingly while saying…”My lovely children! They have so much faith in me that one day I’ll set things right for them!”

I’m Humanity, I look at this evil world upside down…I survive. What a victory!

* Another poem written after attack in Sydney and Peshawar

Tonight,  on the 28th of April, Andrew Chan and Myuran Sukumaran are going to face death penalty in Indonesia.

They are two young educated and very talented Australians who were accused in 2005, of being members of the Bali Nine heroin smuggling ring. Inside the prison, Myuran spent time creating haunting paintings.

Indonesia has a very strict legal system. Somebody has to pay, they say. But is death penalty the only solution? Isn’t it too harsh a verdict for the crime of drug trafficking?
These two had gone through enough penalties before they will finally be put away.

Tonight, on Tuesday the 28th April they are expected to be killed by a firing squad at midnight.  Their families are horrified. Seeing loved ones die a gruesome death is not easy.

Death, scary and horrid
Like the life-less life ‘lived’ by those
held captive by the terrorists

I wrote the above Haiku poem two months ago in February, when captive Jordanian pilot was held hostage and burnt alive (in the pic). That was in the hands of terrorists.  Here’s the news.

My previous similar poem Ode to the…well…it’s now scary to use the word….

So you think you are smart, don’t you?
Yeah sure you live in your pipe dreams

Wow!! You are real men, aren’t you?
With power to thunder and create havoc

You want to scare us, want to terrorize
How desperately you seek our hatred!

We don’t hate you, but we do pity
Pity your sickness, your pathetic mind

You disgust us but we don’t hate you
No time to hate, we’re too full of love

You kill, we embrace our dead like never before
Million bouquets united us all at Martin Place

The heroes you killed, will live on in our hearts
And you? You lived alone, died alone, to be forgotten

You loner! You loser! Can’t you see?
You became weak, we became strong!!

You killed school kids in Peshawar, fragile and sweet
In our love for these kids, we forgot to hate you

We tender humans cried freely for the departed
You macho cowards made us cry, then run and hide

You hide your face before killing, and after killing
You live a cloaked and masked dead life

I wrote this poem after Sydney Terror Seige  in December, 2014 and soon after that massacre of innocent children inside Peshawar school
Who would not be moved by such videos: school children and bodies

The header image of cruise ship was clicked by this blog author near Darling Harbour, Sydney. 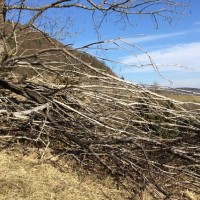 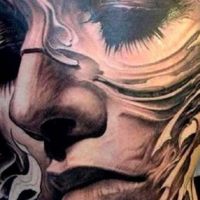 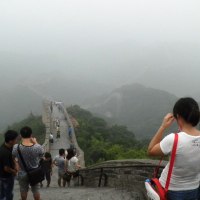 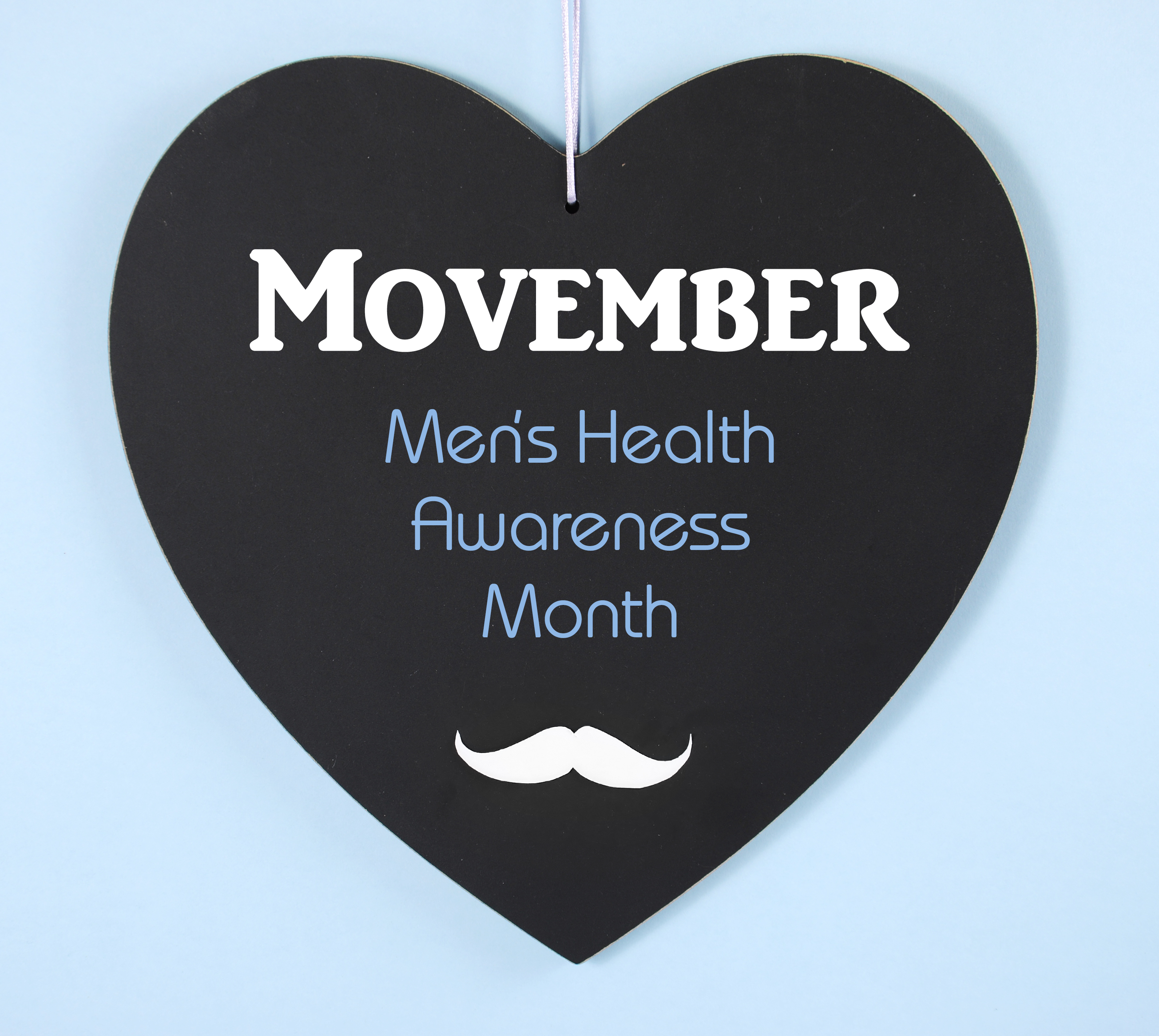